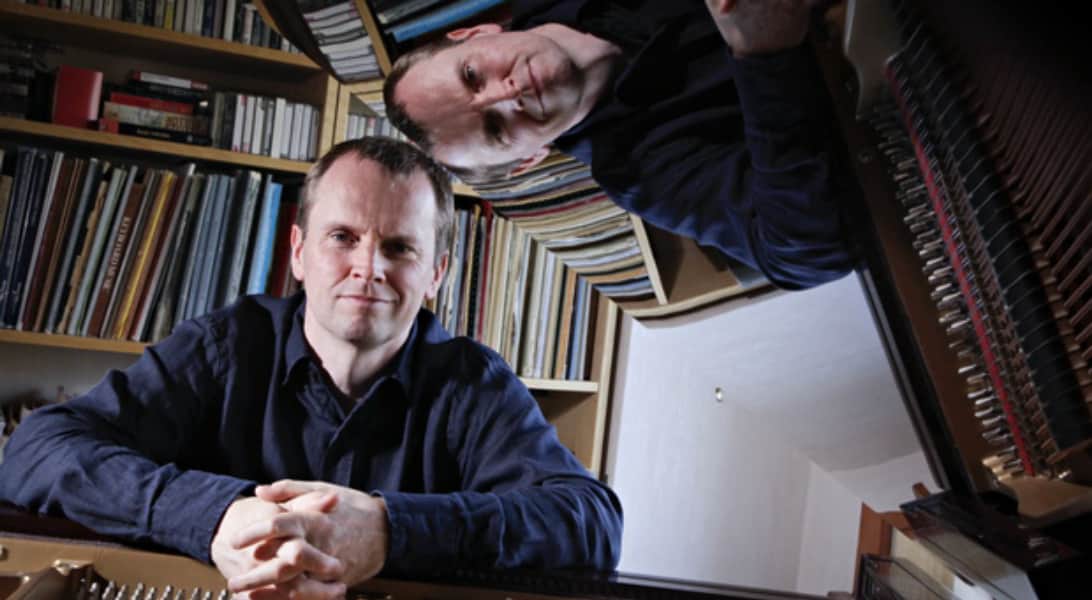 Steven Osborne is one of Britain’s most treasured musicians whose insightful and idiomatic interpretations of diverse repertoire show an immense musical depth. His numerous awards include The Royal Philharmonic Society Instrumentalist of the Year (2013) and two Gramophone Awards. Concerto performances take him to major orchestras all over the world and 2017 saw him in his fourteenth performance at the Proms. His recitals of carefully crafted programmes are publicly and critically acclaimed without exception, and to mark his 19th year as a Hyperion recording artist, October saw the release of solo music by Debussy.

The second concert of Skipton Music’s 2018-19 season, given by the pianist Stephen Osborne, more than maintained the high standards to which patrons have long been accustomed.

The acoustics of Christ Church – Skipton Music’s temporary home while the Town Hall is being refurbished – present challenges for pianists. Audiences will remember a recital in a previous season where they emerged battered rather than uplifted by a succession of very loud and very fast pieces. There was no such danger in Stephen Osborne’s recital, imaginatively planned and superbly executed. Poulenc’s “Three bagatelles” set the mood with its contrasts between the lyricism of the first two pieces and the delicate brilliance of the last. It was followed by the first book of Debussy’s “Images”, offering ample scope for Stephen to explore the rich sonorities of the Craven grand piano. The first half ended with Prokoviev’s 7th sonata, written at the height of the second world war, with its jarring contrasts between the savage, warlike music of the outer movements and the poignant lyricism of the middle movement perfectly brought out.

After this very varied selection of twentieth-century piano music, the second half consisted of a single work, Schubert’s final piano sonata of 1828. Stephen brought out to the full the many moments of introspective lyricism in the first two movements and in the trio of the third movement, and the contrasts with their more brilliant passages. The final rondo was pure delight, with the shadows now largely banished and music of innocent and sparkling brilliance. And for encore? Characteristically, Stephen chose not some virtuoso trifle but another deeply poetic Debussy piece – a perfectly judged ending to a deeply satisfying concert.