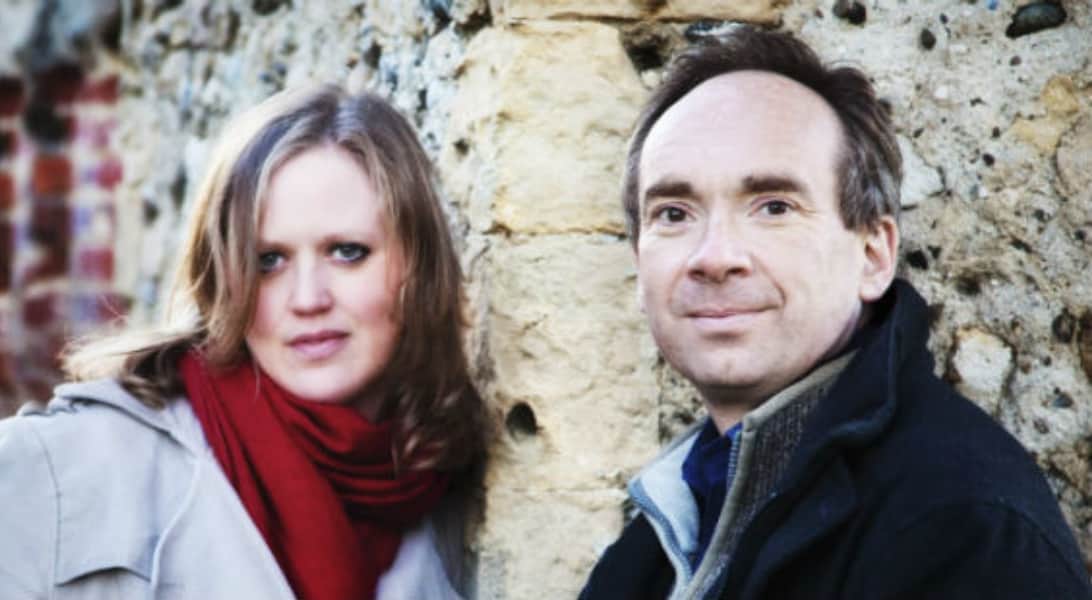 James Gilchrist’s extensive concert repertoire has seen him perform in major concert halls throughout the world with some notable conductors. Recent highlights have included performances in St. Petersburg, Madrid, the Leipzig Gewandhaus and Tokyo. A prolific and versatile recitalist, he enjoys imaginative and varied programming in collaboration with acclaimed pianist Anna Tilbrook. We welcome them both back for their second concert at Skipton Music.

Skipton Music enjoyed a triumphant end to its 2018-19 season with a wonderfully varied recital by James Gilchrist (tenor) and Anna Tilbrook (piano).

They began their recital with the “Liederkreis” by Robert Schumann to poems by Heinrich Heine. Unlike the song cycles of Schubert, this work does not tell a continuous story, but for all that James and Anna brought out to the full the dramatic character of this highly-charged music. The next work continued in the same vein but a very different musical idiom, a setting by the contemporary composer Julian Philips of six poems written by the English romantic poet John Clare to his imaginary lover – or wife – Mary Joyce. This is part of a longer project to pair settings of German and English romantic poets, and on this first hearing the English poets and their composers stand up well to the challenge; John Clare’s searing imagery is as powerful and haunting as that of Heine, and the music matches it with its alternation of quieter, more lyrical passages and anguished outbursts. Perhaps we can persuade James and Anna to bring other parts of their project to us in future years!

After the emotional roller-coaster of the first half, the second half of the concert provided some relatively light relief with delightful settings of Shakespeare by the English composers Roger Quilter and Madeleine Dring. The concert ended with another powerful and beautiful song-cycle, settings by Ralph Vaughan Williams of eight of the “songs of travel” of Robert Louis Stephenson. It is fascinating how the image of the itinerant young man, driven by fortune or misfortune to trudge from town to town, continues to haunt us even in our relatively stable century. James and Anna brought out beautifully the contrasts in this luminous score, both the pain and weariness and the moments of exaltation, bringing the whole evening to a richly satisfying close.

It was a great pity that the committee had not been able to provide words of the poems (and a translation of Heine’s German). As James said in his introductory remarks, songs represent at their best a remarkable fusion of poetry and music, and however well the singer projects the words the listener will never be able to catch them all – especially in a resonant acoustic like Christ Church. Perhaps this is a point the committee could bear in mind for the next season. But with that tiny caveat I would like to applaud them – and in particular Bunty Leder, who is now stepping down as concerts secretary after many years in charge – for a wonderfully varied and successful season. Long may Skipton Music continue to flourish!