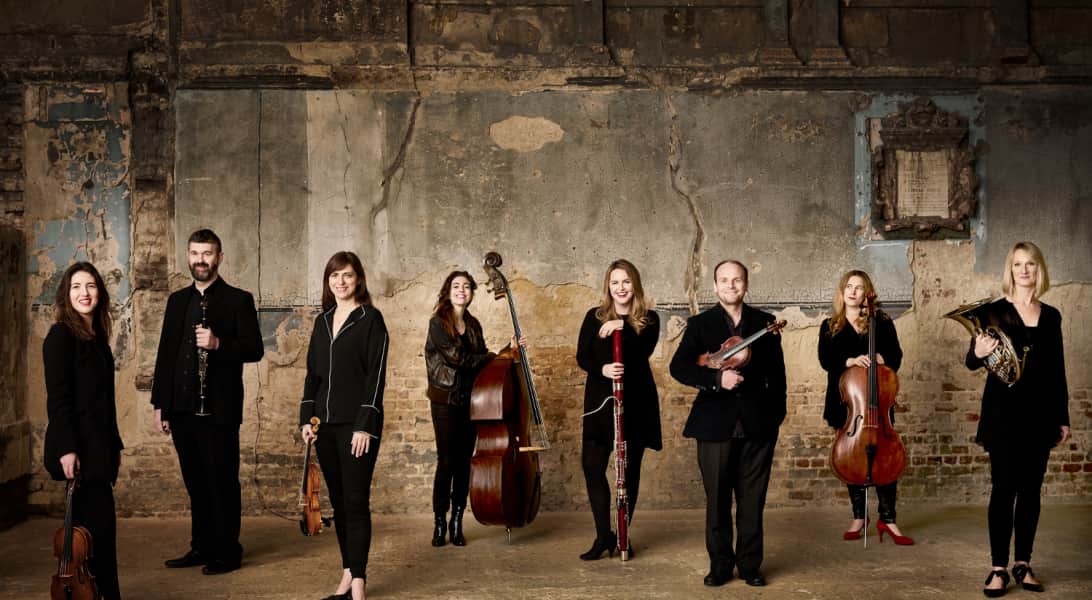 Praised by The Guardian as “one of the most adaptable chamber groups in the country”, Ensemble 360 is renowned for its virtuoso performances, bold programming and engaging interpretations of music ranging from baroque duos, through classical quartets to new commissions. Formed in 2005 to take up residency at Sheffield’s Crucible Studio Theatre, Ensemble 360 quickly gained an enviable national reputation, appearing at some of the largest festivals and venues in England and regularly broadcasting on BBC Radio 3.

Skipton Music’s 2018-19 season got off to an exhilarating start last Tuesday night with a concert by Ensemble 360 to a packed Christ Church.

The concert consisted of just two works, Schubert’s Octet of 1824 and an octet for the same forces written by the contemporary German composer Jörg Widman in 2004. Widman pays homage to Schubert at one or two key points in the work – not by direct quotation so much as by the occasional use of Schubertian harmonies and rhythms; but the sound world is very much his own, with devices such as microtones, high harmonics on the horn and snap pizzicati in the strings that place it firmly in the twentieth-century tradition. The reviewer found this tension vaguely unsettling on a first hearing. But there are many delights on the way, and the end of the work, with its gradual build up of excitement only the fade out in a whisper, was especially impressive. Ensemble 360 were persuasive and committed advocates and it was no mean feat for them to bring off such a complex and rich score without a conductor.

With Schubert’s work we were back on more familiar ground – although here too there are many surprises, and some points of searing anguish before the exuberant and optimistic ending. Ensemble 360 brought out the contrasts in the work to perfection, especially the neat playing of the first violin Benjamin Nabarro and the delightful variations in tone colour of the clarinettist Matthew Hunt. Again ensemble was perfect and the many subtle rhythmic changes were a delight.

This season’s concerts will all be in Christ Church, because of further work on the Town Hall. Although the acoustic of the church can cause problems, especially in more intricate music, this is more than made up (for this reviewer) by the atmosphere and by the wonderful richness which the acoustic brings to the sound, especially of wind instruments. The rest of the season’s concerts promise to be just as thrilling as this one.