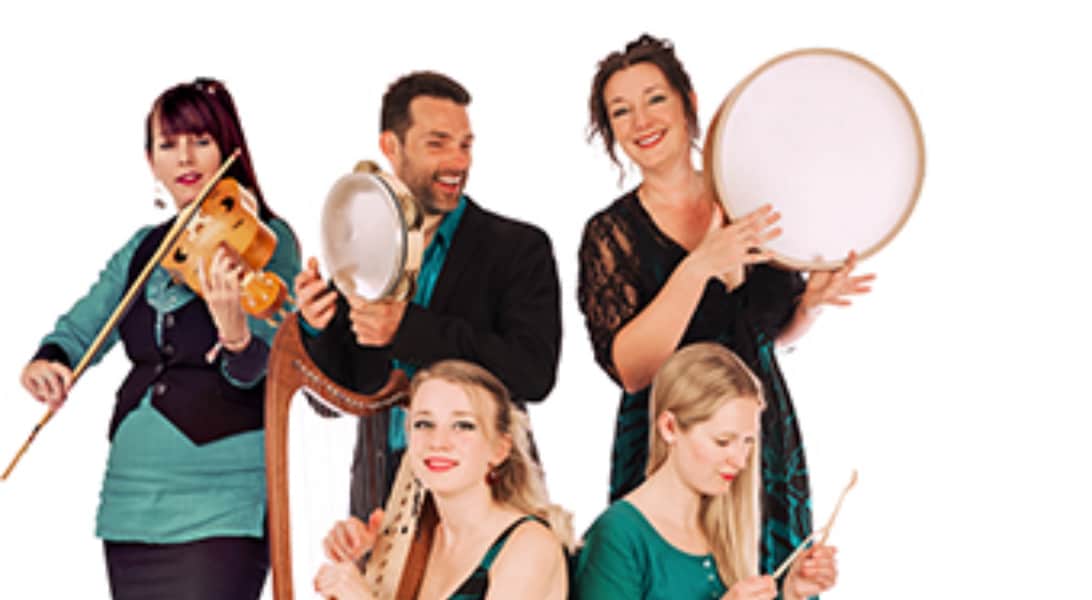 Early Music with a difference

This London-based ensemble has been playing since 1992. Now well established, they are particularly interesting for the way in which they imaginatively push, and often transcend, the limits of what is thought of as early music. Their work focuses on connecting ancient and traditional music, using their combined experiences of mixed cultural upbringings to create a homogenous sound. Recognised as being experts in their field, Joglaresa have performed at many British and European early music festivals.

On a cold and frosty night Joglaresa promised a feast of festive music and consequently, in the spirit of Christmas, the Skipton Music audience showed their fidelity and dedication to the society by turning out.

Joglaresa arrived on the stage all seasonably clad in red and black, looking festive, aided by the lights of the stage Christmas tree in the background. They came to play a programme, entitled, ‘Make we myrth’. They sing beautifully in tune and the ensemble which involved music written as early as the C13th was performed with clarity and excellence. However; the programme planning was appalling. The first part of the concert was almost all in the ever pervasive triple or compound duple time, (Iambic pentameters redolent of our infant nursery rhymes.) This monotony was re-enforced by the restricted range of the period instruments and the music soon became uniform.

The ever dominant Triple or Waltz time was favoured by the church because it represented the Trinity; however composers circumnavigated this stricture by using rhythmic devices that injected a bit of excitement into the music and they moved away from the nursery-rhyme rhythm to create some heretical syncopation. Apart from percussion player, Louisa Anna Duggan, there were few examples of such invention in Joglaresa’s programme.

Belinda Sykes, the founder of the group regaled us with historical facts and her method of ‘contrafactum’, which means, updating or down-dating. But if the update still sounds the same as the original, and the down-date has an element of musical crudity, one is tempted to say, ‘So what! Please leave the audience to judge for themselves and don’t bang on!’

Fortunately, Louisa Anna Duggan’s superb percussion playing and Angela Hicks’s delightful singing and harp playing added originality and the performance skills which stopped me from leaving at half time.

Just as well! The second part of the programme was more varied and a less irritating experience.

This ensemble must look to its programme planning.

Tonight’s concert went in the opposite direction from, ‘Makeing me myrthe’.

I walked home with one foot on the pavement and one in the gutter, - iambic pentameters. I wonder how Oscar Wilde would have classified my state of mind.