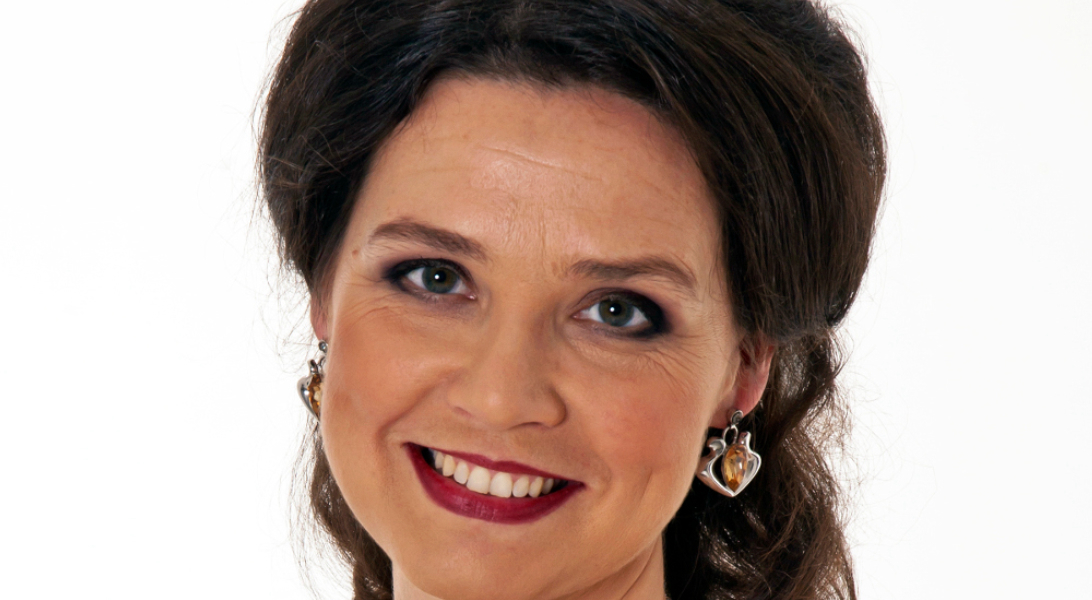 Born in Yorkshire, Sarah Fox is one of the leading English sopranos of her generation. She was educated at Giggleswick School, London University and the Royal College of Music. A former winner of the Kathleen Ferrier Award and the John Christie Award, she is equally at home in many musical genres including opera, folksong and musical theatre. Her prestigious concert career has taken her all over the world, working with many leading orchestras. She has appeared several times at the BBC Proms and performs frequently with John Wilson and his orchestra.

It was good to hear these extremely talented musicians in this splendidly varied programme which ranged from Schubert to Cole Porter. Regrettably, so often the combination of voice and piano can fall into the trap of intellectualised elitism and pretention. This recital was far removed from any of these pseudo-virtues because of the true scholarship, talents and skills of the performers.

We were privileged to hear a concert that embraced so many Musical genres. It was lyrical, romantic, dramatic and above all fun! Sadly FUN is rarely associated with Classical concerts because it requires musicians with the confidence and ability to transcend the barriers of convention. The opening item, - Schubert’s ‘Trout’ was clear and lovely. The trout was the Sarah’s silver voice and the rippling clear water was Alexander’s accompaniment. Songs by Richard Strauss were delivered with drama and conviction.

Sarah Fox’s vocal technique is full of colours and her capacity to change the timbre of her voice to interpret the rarely heard songs of Henri Duparc was astounding, as was her interpretation of the Songs of the Auvergne. The irregular rhythms and rural humour cast a new light on the selection of some of the less well-known items. Benjamin Britten’s Cabaret songs are settings of W.H. Auden’s poems. Once again the mood changed, transporting us into the Berlin scene of the Nineteen Thirties. The intimate Night Club atmosphere was brilliantly encapsulated in the performance, overcoming the formality and proportions of the Town Hall. This excellent concert concluded with ‘Songs from the American song book’ featuring Cole Porter and Gershwin.

Rarely has the Yamaha piano sounded so good, Alexander Taylor has a magnificent technique with an exquisite touch and Sarah Fox has a beautiful, vibrant voice. This indeed is a formidable duo.