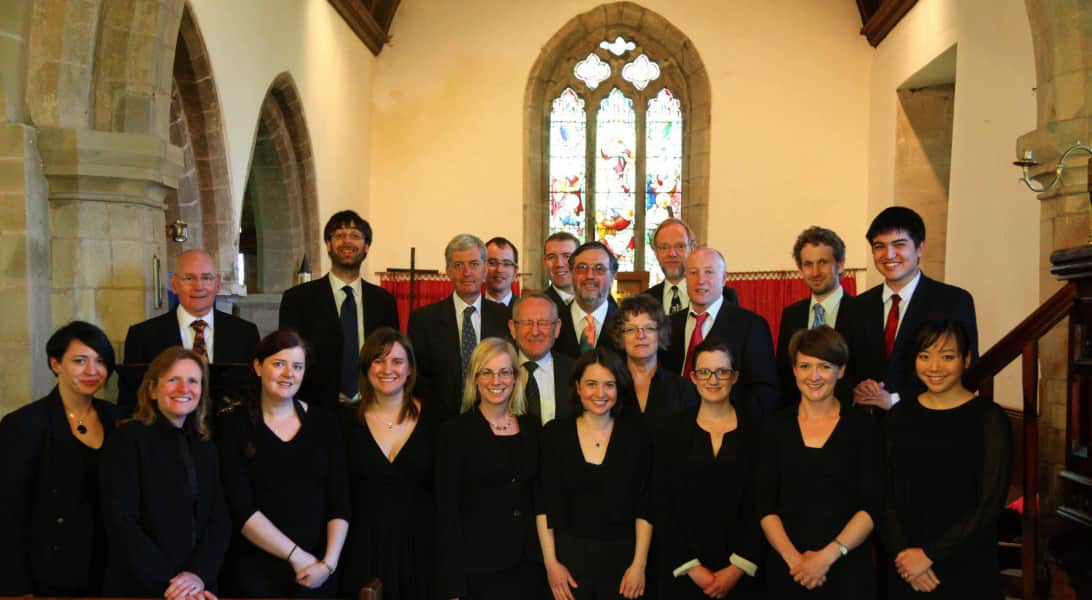 Clerkes of All Saints

ICONS: Songs of Devotion and Renewal

The Clerkes of All Saints is one of Yorkshire’s leading liturgical chamber choirs and specialises in both early and contemporary church music from England and around Europe. The choir exists primarily to support the Anglican choral tradition, singing in cathedrals and especially in parish churches which don’t currently benefit from choral singing in their regular worship. The group also gives occasional concert performances.

I didn’t know what to expect from this concert, apart from knowing that the music would all relate to religious ceremony. A concert programme in Skipton Town Hall presents a very different challenge to a church service. The acoustics are much dryer and there is no enhancing bloom donated to voices by an echo. Nor are there sermons or prayers to lend a respite from the singing, which is a tiring job even when punctuated with regular breaks. The only elements reminiscent of a church atmosphere on Tuesday, were to be found in the Town Hall’s chilly temperature and dim lighting.

The strengths of this vocal ensemble lie in the overall splendid tuning and the purity of the sopranos. The tenors and basses are weaker, particularly in canonical and fugal entries, where they sometimes tend to transmit a desperate ‘let’s get in’ unfocussed vocal sound or an unsure hesitancy. This is opposed to the girls’ laid back, cool confidence of arriving on their notes with absolute security and unanimity. Nonetheless, despite the intermittent lack of deep partials there were few obvious lapses and they always regained pitch-poise without disrupting the tonal centre of their music. The Choir’s excellence was best displayed in the avant garde items, particularly ‘J.S. Bach and Knut Nystedt: Immortal Bach’ which employed them in small groups throughout the hall. It was a triumph of spatial klangfarbenmelodie and superb timing. Bob Chilcott’s, ‘The Making of the Drum’ was a delightful projection of ‘Music Theatre’ carrying a sense of fun alongside the vocal narrative. Oddly, Purcell’s ‘Funeral Music for Queen Mary’ was a weak item with some tentative entries and lack of conviction. But there was no lack of conviction in Arvo Part’s ‘The Deer’s Cry’ where the stamina and concentration of the group marked them as a musical ensemble of quality.