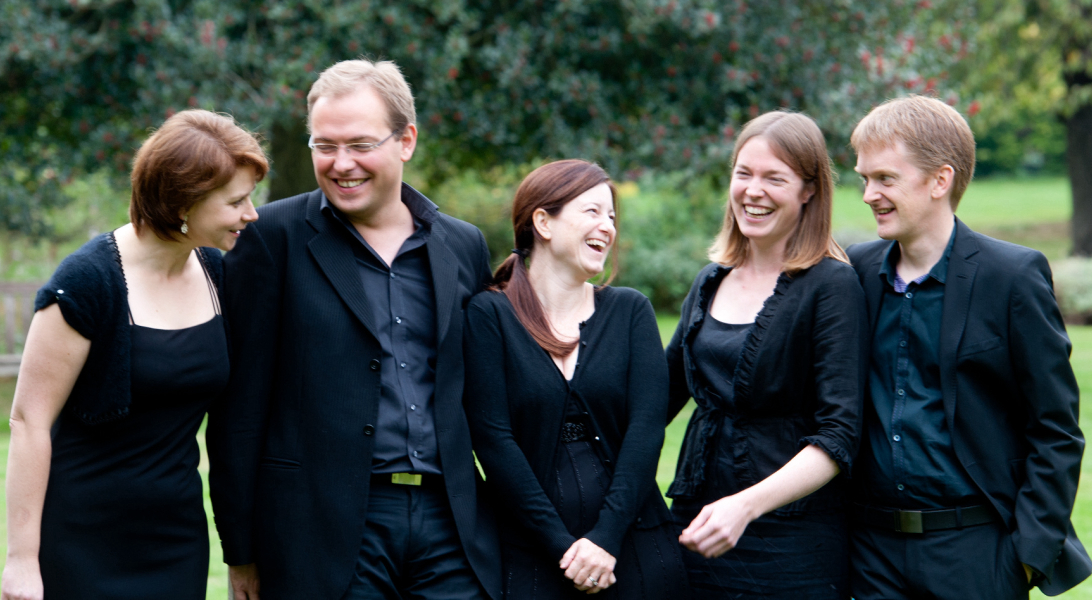 Established in 1996, the Aurora Ensemble is one of the UK’s premier wind quintets. Prize-winners at the European Chamber Music Competition “Musique d’Ensemble”, held at the Paris Conservatoire in 2001, the ensemble has broadcast for BBC Radio 3 and performed in many major venues, including the Purcell Room and Wigmore Hall, Manchester’s Bridgewater Hall and Cardiff’s St. David’s Hall. The ensemble directs its own courses for amateur musicians at Hawkwood College, Gloucestershire, every Easter.

It is rare to hear such taxing Music played so splendidly in a live concert. CDs can be transformed into excellence by a decent sound engineer, but live music is a ‘warts and all’ happening. Once the sounds have emerged from the instruments, there is no going back to treat and tweak.

Zemlinsky’s ‘Humoreske’ opened the programme with five minutes of jollity, setting the technical benchmark. It was followed by Danzi’s Quintet in G minor which was played with delicacy and due respect for the Classical form and style.

Klughardt’s Quintet, which came next, falls into the trap between Romanticism and Modernism consequently he doesn’t always, ‘cut the mustard’. The first movement didn’t draw to a conclusion, it just stopped! But the Aurora, to their credit, extracted the best from Klughardt’s offering and it made enjoyable listening.

The Hindemith Quintet, ‘Kleine Kammermusik No.2’ is a celebrated work for this instrumental ensemble and the Aurora’s performance was truly on a par with the greatness of the composer’s creation. Hindemith was well rewarded by the excellence of the Quintet’s playing which was distinguished by clarity, rhythmic-drive, a wide spectrum of dynamics and a masterly perspective of the structure.

Malcolm Arnold’s jolly ‘Divertimento for flute, oboe and clarinet’ gave the bassoon and horn a ‘breather’ and the programme concluded with Briccialdi’s 5tet in D. which is notable for its thrilling acceleration to the end in the style of Rossini.

But there was more to come with the encore in the shape of Gershwin’s jazzy, up-cheering, ‘Walking the Dog’. These players all have near virtuoso techniques, but it is their ability to adapt and weld their talents into a cohesive unit providing that, ‘transport of delight’ from dots on a page to an aural spectrum of excellence that marks them as special. Their team-work puts them at the top of the league.