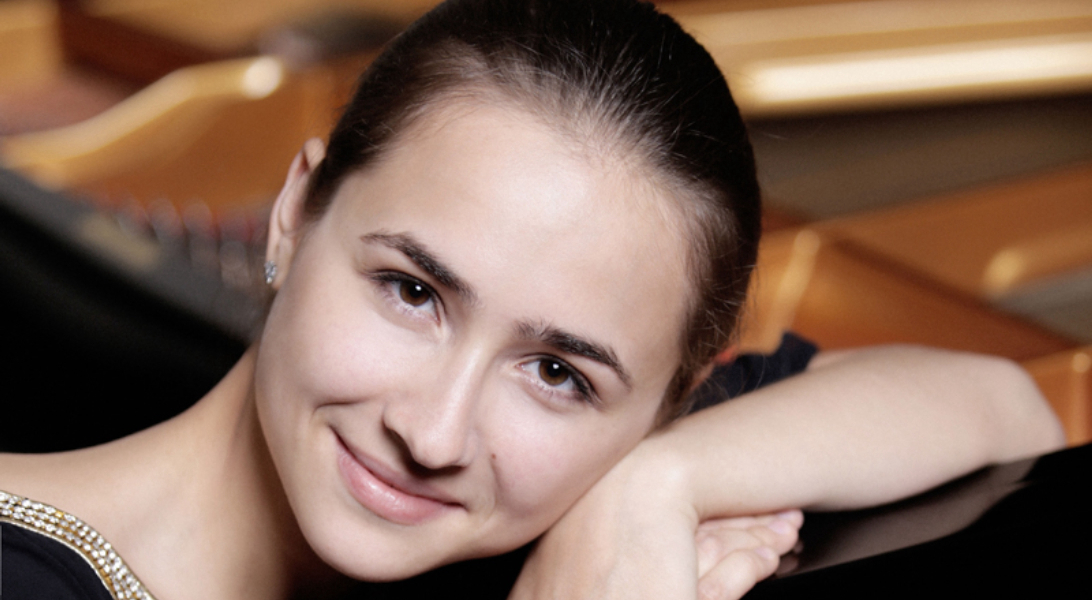 The Leeds International Piano Competition winner of 2015, Anna Tsybuleva was born in the Ukraine in 1990 and began piano studies at the age of six. She is currently a post-graduate student at the Moscow Conservatory, also studying with Claudio Martinez Mehner at Basel Music Academy. In 2012 she won first prize at the International Gilels Piano Competition in Odessa and has performed at a number of music festivals in Russia, U.S.A., Europe and Japan. Following her success at Leeds she has received many invitations to perform in the U.K. and internationally.

Here is a pianist with a great sense of Drama.

She sends this message to the audience from the moment she walks on to the platform, and sits before the instrument in contemplation before beginning each item,- a gesture that calms the atmosphere whilst allowing her to make friends with the piano.

The first item, ’Fantasy in F# minor’ by Carl Philip Emanuel Bach is in itself a dramatic piece with recitative-like passages, toccata episodes, stately chords and irreverent little filigree decorations. Anna Tsybuleva’s interpretation enlarged on all these aspects to make an exciting tableau of textures; however, the overlong, dramatic pauses caused the music to lack cohesion and the performance was somewhat dislocated.

Schumann’s ‘Symphonic Etudes Op. 13’ are a tour de force in technical demands alone. The Music also makes considerable demands on the instrument and Skipton Music’s Yamaha stood up well to the assault. Miss Tsybuleva’s technique for such a young pianist is extraordinary. She caught the spirit of these many-faceted variations and revelled in the Romantic passion, there were some beautifully shaped phrases and the thematic content was always on display; however, the tone was forced in the big bravura passages.

Medtner’s Sonata in G minor, op 22 is in one continuous movement. The music travels through several keys and we were made aware of these changes by a rubato that threatened to govern the overall tempo.

Kurtag’s Music is not as well known as it deserves. These experimental, avant garde, little pieces are written for children and they explore twelve-tone, aleatoric and pointillistic techniques coupled with an investigation of the capabilities of the piano. The initial audience reaction was bewilderment but the resulting applause was a testament to how well they were marketed.

Debussy Preludes concluded the programme and Anna Tsybuleva produced some wonderful textures and colours. The applause for ‘L’Isle Joyeux’ at the conclusion was possibly the loudest I have heard in a Skipton Concert.