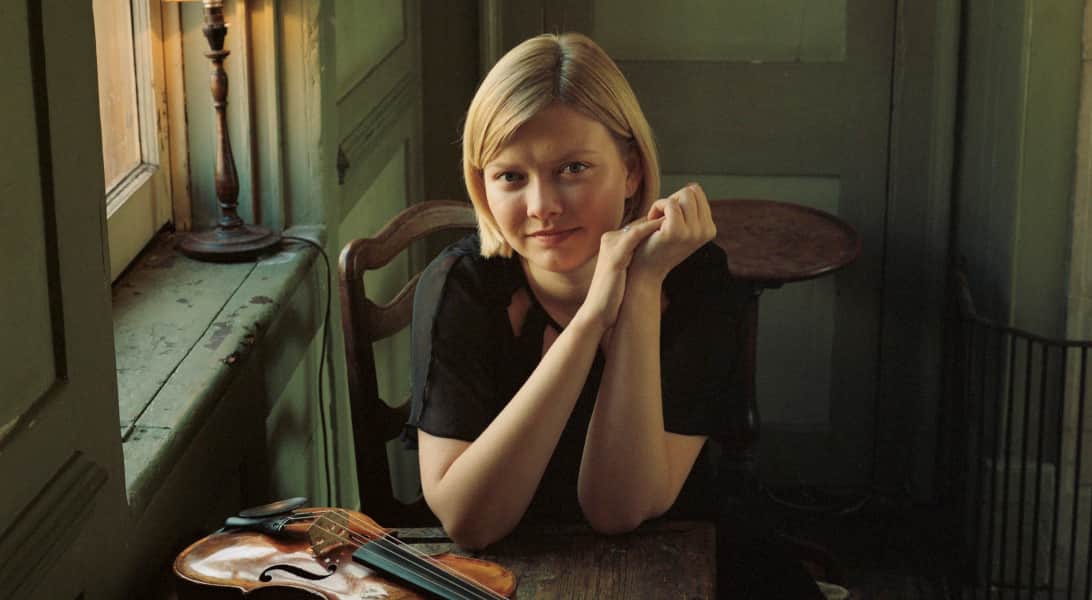 Performing music from baroque to new commissions on both modern and period instruments, Alina Ibragimova has established a reputation as one of the most accomplished and intriguing violinists of the younger generation. This was illustrated in her prominent presence at the 2015 BBC Proms, which included two separate concerto performances and two late-night Albert Hall recitals to capacity audiences.

A solo violin recital is an unusual event that demands an exceptional player. Alina Ibragimova is an outstanding artiste and the sound of her unaccompanied violin filled the Town Hall.

She began with a Sonata by Bach, followed by a Partita (Suite of Dances). The technique required for this genre of Music is akin to whistling and singing two different melodies simultaneously.

It was not until the advent of Joachim, a virtuoso player (1831-1907), that it was considered playable. Hitherto, musicologists had put forward the theory that Bach had a special round bow so that all four strings of the violin could be played at the same time. Alina demolished that hypothesis by spreading the chords using the speed of each arpeggio to stamp her own interpretation on Bach. However, this is the antithesis of ‘Wrap-Around Sound’. Another drawback is that there are no deep notes on a violin; consequently the tessitura makes demands on the listener as well as the performer who is responsible for both melody and harmony from only four strings. Ysaye , Belgium (1858-1931) was one of the finest players of his era and the three Sonatas that made up the second part of the programme, showed that he was not only to an accomplished player but also an imaginative composer. This Music was less esoteric and more enchanting through its diverse Romanticism and Miss Ibragimova swept through Ysaye’s kaleidoscopic moods with no apparent effort.

Her playing is full of a driving rhythms and attack, which propel the music directly to the audience, without losing quality or any intrinsic construction. She has total control of technique and interpretation coupled with an intense Russian concentration which I can only liken to Yorkshire’s famous opening batsman, Geoffrey Boycott.