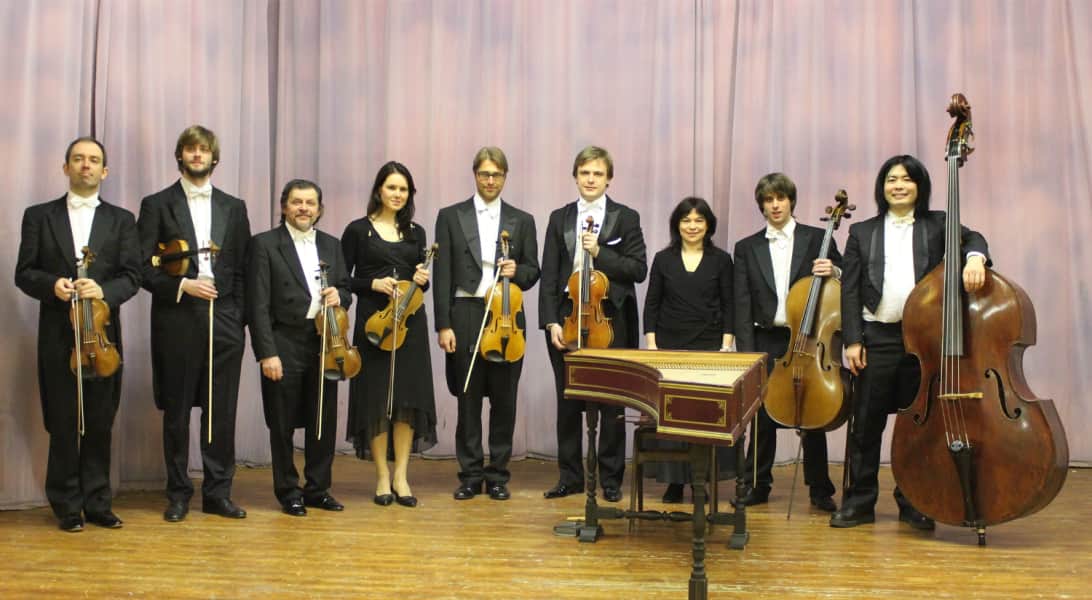 After a most enthusiastically received performance for Skipton Music in 2014, we are pleased to welcome back the European Philharmonic Chamber Orchestra to complete our next season of concerts. Founded in 2006 in Cologne, Germany, the orchestra employs talented professional musicians from 18 nations and is a privately funded initiative.

It was sad that this, the final concert of the season was so lack-lustre!

In the opening item, ‘Little Suite for Strings, Op 1’ by Nielsen, I wondered if the faults lay in Nielsen’s youthful style, or if the ensemble was sight reading. Despite a healthy line from the ‘cello and double bass the upper strings were struggling with tuning and the rhythmical attack was wayward.

Nielsen was followed by the ‘Nocturne’ from Borodin’s Second String Quartet, known to many listeners in the guise of the lyrical ballad, ‘This is My beloved.’ Alas! Borodin’s beautiful melody became a weary trudge through its eight allotted minutes.

Kirill Gusarov took the stage to perform Hummel’s ‘Concerto for Trumpet and Orchestra in Eb.’ This was an interesting arrangement of Hummel’s masterpiece as there were no horns, woodwind or timpani in the ensemble and the concerto, originally written in E, was transposed down a semitone to make it easier for a modern instrument. It would have been nice to know who had done the arrangement if only in acknowledging the taste and skill of the arranger. Kirill Gusarov played well and this was the first successful item of the evening.

After the interval the Ensemble seemed to have got its act together and Schubert’s ‘Rondo for violin and Orchestra’ tripped along quite nicely courtesy of Schubert’s frothy melodies.

‘The Adagio in G minor’ by Albinioni was played at a good tempo however the upper strings were not always as united in intention. For such a well-known piece, this performance was just a bit ordinary.

Mozart’s Divertimento in F major concluded the programme, however it seemed that the ensemble were just getting into their stride.

Krill Gusarov returned with a trumpet to play an unscheduled item, the strings played some light pieces and the leader of the ensemble introduced each of the players by name and nationality.

I was left wondering. Were they trying to fulfil the time element of what was a very short programme or were they practising for the next concert on their tour?