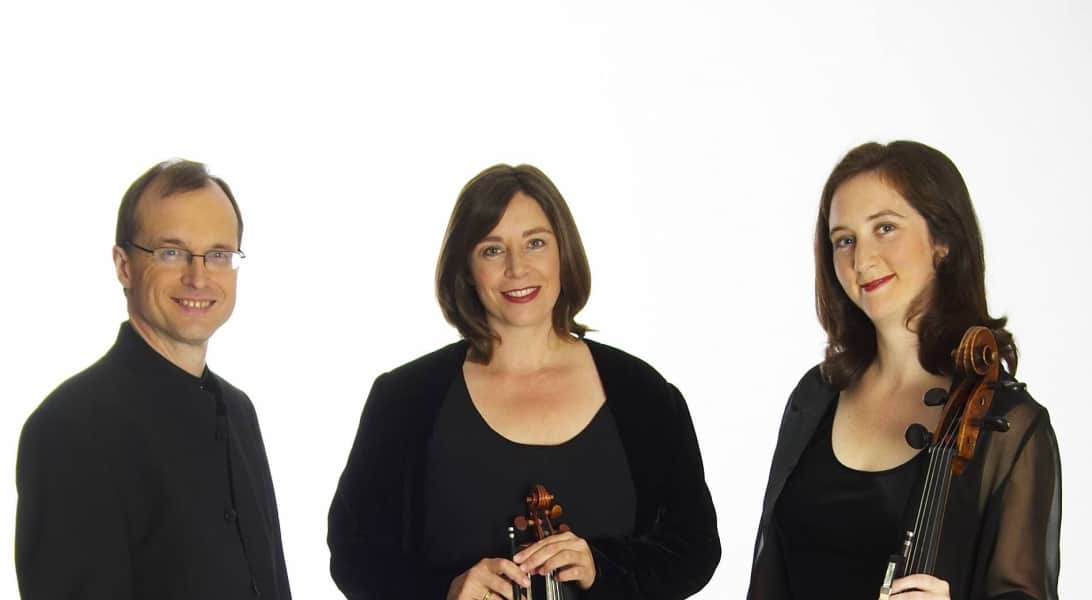 For over twenty years the Gould Piano Trio have remained at the forefront of the chamber music scene, having been launched into an international career by winning the first Melbourne International Chamber Music Competition. They have developed a close relationship with Wigmore Hall in London and draw particular inspiration through creating their own chamber music festivals in Corbridge, Northumberland and in Cardiff at the Royal Welsh College of Music.

Schumann's Piano Trio in D minor Opus 63 is a challenge when opening a recital because it gives no chance for the players to settle into the acoustics. It is difficult for an ensemble to begin without a bumpy accent to establish the tempo. The Gould Trio floated in as one, sounding as though they were continuing the music from a previous movement. It is rare to hear such unanimity and perfect balance in a Romantic work, with each instrument making its point in a solo passage without giving the impression of dominating the aural picture.

James MacMillan's piano trio No. 2, premiered in May at Bath, was a complete contrast. The technical demands of this quirky piece are taxing in an entirely different way from Schumann. The concept of unified balance is abandoned by the composer and each instrument develops a personality drawn from MacMillan's childhood experiences. The result was that it became a visual as well as an aural experience. Sometimes it seemed to be an assault on the ear, but every aspect was justified by the composer's humour and the players' virtuosity.

Beethoven's 'Archduke' was a splendid item for the second part of the concert. It is a major work which makes very different demands of the players than Schumann or MacMillan. It was beautifully played to the extent that the audience demanded an encore and so this superb concert was rounded off with a movement from Dvorak's 'Dumky' trio.