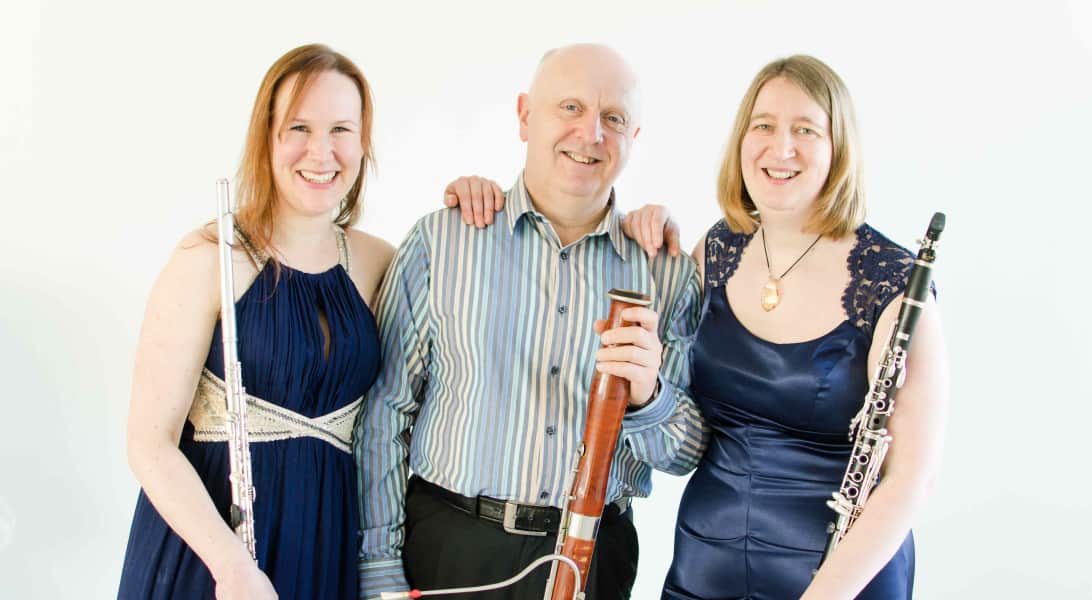 Cuillin Sound features three of Britain’s leading woodwind players, all soloists or principal players in their own right, and the trio is now one of the UK’s leading chamber ensembles, performing in major concert venues and for smaller communities throughout the UK.

The Cuillin Sound soon dispersed any apprehension that this would be a tedious windy noise for the duration of a concert. All the members of this ensemble are virtuoso players. Laurence Perkins, bassoon, is the anchor and his enormous range and variety of tone colours dispel the image of a grumpy grandfather from 'Peter and the Wolf'. He plays not only statuesque bass lines but also wonderful, expressive melodies. Sarah Watts performed on clarinets in three pitches. Her bass clarinet playing was exceptional, revealing the range and beauty of an instrument that is often relegated to the bottom league of the orchestra. Dana Morgan entranced us with a magical assortment of flutes ranging from a treble to an alto flute, using both wood and metal to vary the timbre.

The first item, 'Liten Statymusik' by Klaverdal, a contemporary Swedish composer established a rarity in woodwind ensembles, namely, impeccable tuning. It was followed by Beethoven's Variations on 'La ci darem la mano' where Dana played a delicious wood flute and Sarah a C clarinet. It was a superb performance.

We were privileged to hear the world premiere of 'Syzygy' by David Bennett Thomas, an American composer who wrote the work for the Cuillin ensemble. It exploited their virtuosity by maximising the instrumental colours and ranges.

Throughout the concert the bass instruments often soared into their upper registers leaving the flute as a sensuous element in its lower range. Each instrument can take on a different characteristic for the role it plays, adding variety to music, which in the hands of lesser players, could become homogenous and predictable.

Laurence Perkins's arrangements of La Follia and some traditional Scottish music added the Romantic dimension to this exceptional Trio which delighted the Skipton audience.