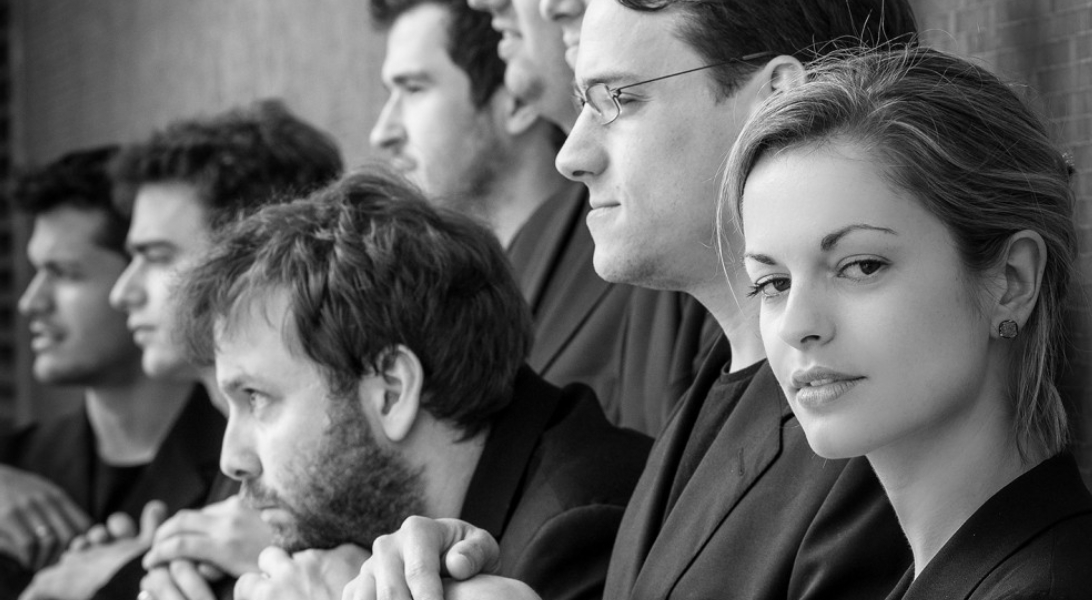 London based cello octet Cellophony have rapidly established themeselves as the UK’s leading cello ensemble, carving a reputation as accomplished exponents of both the standard cello ensemble repertoire and a diverse array of specially commissioned arrangements and adaptations.

An ensemble of eight 'cellos is both an intriguing and a daunting prospect. Firstly because of the homogeneous texture and secondly most of the repertoire for the ensemble consists of arrangements of other instrumentations. Cellophony began with an arrangement of Wagner's, 'Prelude to Tristan and Isolde'. The dynamics were excellent and the musical impact was the equivalent of being bathed in luxury chocolate. After Wagner came a group of arrangements of Preludes and a Fugue from Bach's '48' which were originally written for harpsichord. The 'cellos lacked the articulation of a keyboard and the instrumental texture blurred Bach's intricate part-writing. Dvorak's 'Silent Woods' was much more successful and utilised the expressive Romantic qualities of the instruments. 'Mirrors, 1. 2, 3' written by Richard Birchall, a member of the ensemble was magnificent. Birchall brilliantly exploited the instruments without making the wonders of his technique overpower his musical ideas and the result was an amalgam of Penderecki, Bartock and Kodaly with a splendid, original, Birchall thumbprint.

Three arrangements of songs from Schubert's Swan-Song were moderately successful. They obviously tried to, 'Play the words' of the vocal lines, but the clarity of the keyboard writing was too smudged. Barber's 'Adagio' worked very well and 'Three World Folk Songs', (Hungarian and Russian) were full of panache and Magyar energy. The James Bond selection played as an encore rounded off the evening.

These are all impressive players but it is their excellence in communication that sets them apart. They draw the listener into their music and in doing so overcome the uniform timbre which could so easily descend into 'sameness'.