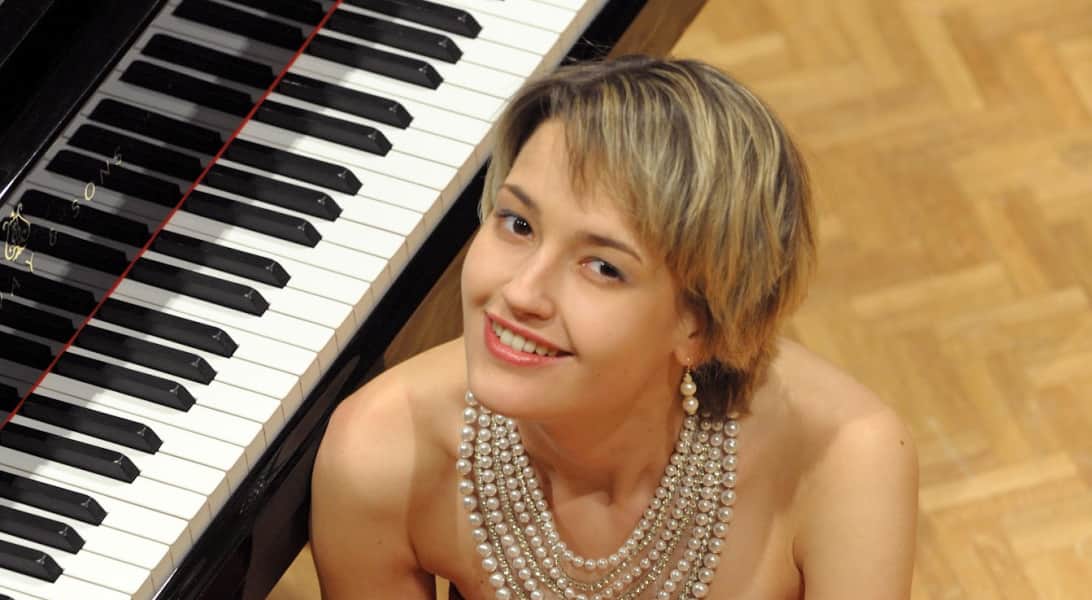 Communication with the audience as well as a talent for creating a special concert atmosphere have taken the young Latvian pianist Arta Arnicane to a large variety of performance venues across the world. She has a wide ranging repertoire.

This was the final concert of the season and it certainly didn't end with a whimper!

This recital called, 'Dramas and Comedies' was dedicated to Beethoven and from the opening chord of the Pathetique Sonata it was apparent that we were in for some robust playing.

Arta Arcane's interpretation was intensely expressive, with a rubato that one tends to associate with later Romantic composers. At times there was some neglect of finer detail but her grasp of the overall architecture was stunning.

Rachmaninov's Variations on a theme by Corelli were presented on a grand scale with a splendid understanding of the musical form and direction. This work is a fiendish challenge of a player's technique and Miss Arnicane's performance was in the traditional, 'grand manner'.

After the interval, Beethoven's Sonata in F major Opus 10 and the Rondo in G major were treated with the same technical assurance, but some facets of phrasing and dynamic contrasts were sacrificed to Bravura.

Dohnanyi's, Capriccio in A minor Op. 23 displayed a more tender approach and then the mood changed completely with Bolcom's, 'Serpent's Kiss'; - a Rag Fantasy.

This humorous piece of Music was particularly suited to Arta Arnicane's style and panache because as she plays, she acts her interpretation with facial, hand and body gestures, which extend the dimensions of the sound to, 'Music Theatre'. This is fine for those in the audience able to see her face, but most of us could not.

I wished that there had been more instances of quiet playing in this recital, but Arta Arnicane certainly concluded the Skipton Music season with a BANG!