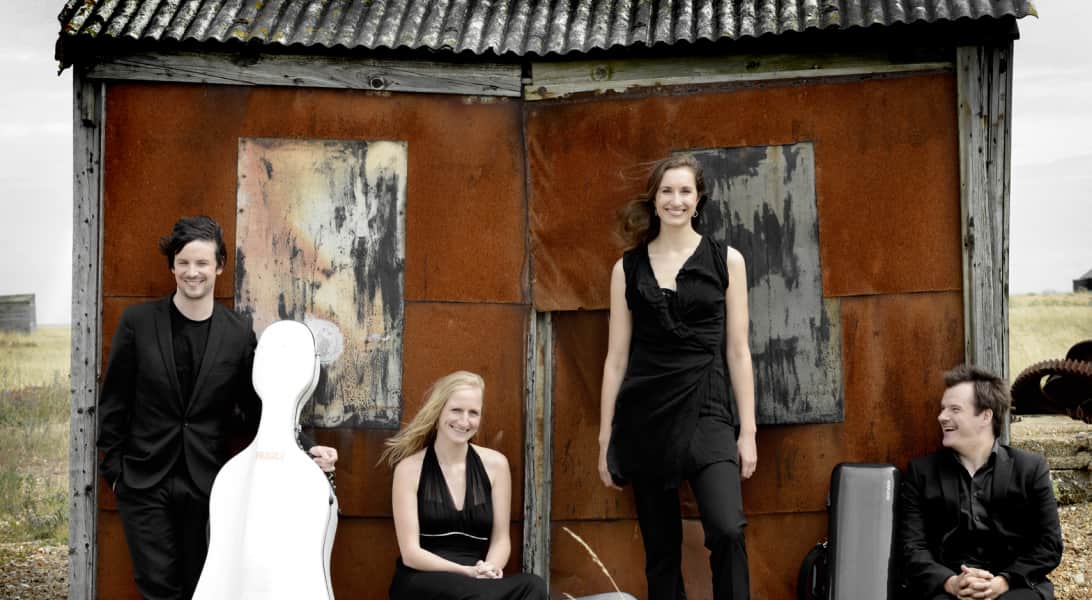 Formed in 2002 at the Royal Northern College of Music under the guidance of the late Dr. Christopher Rowland, the Navarra Quartet is now Quartet in Association at the RNCM. They have given concerts around Australia and throughout Europe and have appeared at such notable venues as the Wigmore Hall, BBC Proms, Bath Festival and Aldeburgh.

It is always fascinating to listen to the varied comments of one's fellow concert goers. In the 1950s when I tentatively entered the world of journalism, concert reviews were called, 'crits'. We critics were often regarded as "all-powerful", although I look back and realise I was often, "all wrong"!

The more I listen to fellow concert goers' remarks the more I rejoice in the wildly differing opinions I overhear and am profoundly grateful for the existence of such differences. If we all held the same opinions about music and art, how dreary life would be without choices and of course the role of critic, now called, 'reviewer' would be unknown.

Navarra began with some sparkling Mozart. The rhythmic drive and forward impetus from this ensemble is dynamic. No matter how slow the music, one never feels that it is going to stall in mid- bow, and the listener is effortlessly guided through the delights of the music.

Debussy's String Quartet in G minor, Op.10 ranks amongst the greatest compositions of the 20th Century. It welds the old of the 19th Century to the innovations thereafter. It is extraordinarily difficult to play and the Navarra's artistic presentation was magnificent. The elusive kaleidoscopic flickering in the texture was never drab and the playing was perfectly fixed in an intensity of tonal, dynamic and structural sensations. It was a breathtaking performance.

During the interval I caught snatches of conversation: "Didn't think much of that Mozart". (Did that refer to the composer or the players?) "That Debussy was good. I'd like to hear that again." (The aim of most artists is to prompt at least second performance).

Dvorak's "Cypresses Nos 1, 3, 12" are nice pieces and were nicely played, but 'nice' was a bit feeble in such a strong programme.

Peteris Vasks (b. 1946) is a Latvian composer championed by the Navarra. This 4 movement work that followed the Dvorak employed some of the avant garde string techniques pioneered by such composers as Penderecki. Vasks has ironed out some of the bowing brutalities that used to make players seek out their second best weapon when confronted by some of Penderecki's fierce 20th Century writing.

Vask's quartet has a distinct Slav/Russian quality. Folk tunes mingle with hollow Orthodox church music, and Bartok's insects hover in harmonics above the canons, ostinati and very clear-cut counterpoint. I thought this a beautiful work, performed with conviction and dedication. I was not alone, but I suspect that the canny Skipton Music Jury could still be out and it is a case of, "Watch this Vasks' space."

But the Jury members certainly came to resounding applause for these accomplished performers.