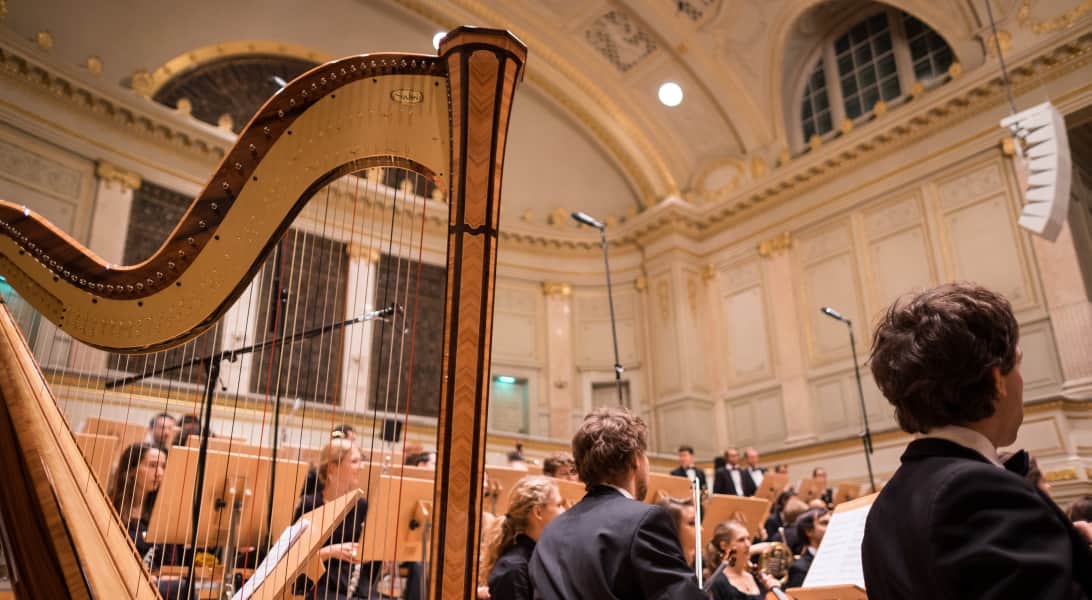 This ensemble was formed in 2006, with their debut concert at the Wigmore Hall. Sally Pryce is a harpist of international stature and, with some of the finest young musicians performing today, showcases masterpieces in the harp chamber music repertoire.

Skipton Music's December concert welcomed The Sally Pryce Harp Ensemble to the Town Hall. Formed in 2006, "to showcase known and unknown masterpieces of the harp chamber music repertoire", they made their debut at the Wigmore Hall, "bringing together some of to-day's finest young performers." Varying combinations of a string quartet, with harp, flute and clarinet, however, presented challenges to ears less accustomed to 20th and 21st century chamber works than those of the enthusiastic instrumentalists!

Opening with "Chant de Linos", a quintet for flute, violin, viola, cello and harp by André Jolivet - in 1936 a founder member of the 'La Jeune France' group - a contemplative flute solo gave way to angst-ridden outbursts, then calmer passages for all, in this 1944 work.

Born in London in 1951, Cecilia McDowall wrote "Dream City" for the 2002 Presteigne Festival. Inspired by Paul Klee's painting "Die Traumstadt", it has four movements: 'Method of Measuring Time', 'Walking the Line', 'Before the Snow' and 'I had to Dance'. Rhythmic freedom to measure time, zig-zag motion as the violin walked the line and 'angular dance-like shapes towards a 12-note fugue', required unwavering concentration, not only from the musicians! A projection of the inspirational painting might have helped.

The atmosphere relaxed for Mozart's Clarinet Quintet in A (K581), its sublime Larghetto assessed often as 'a miracle', then Ravel's Introduction and Allegro for the whole ensemble - virtually a mini-concerto.

With only five years experience of playing together, it will be interesting to follow the. Ensemble's progress.