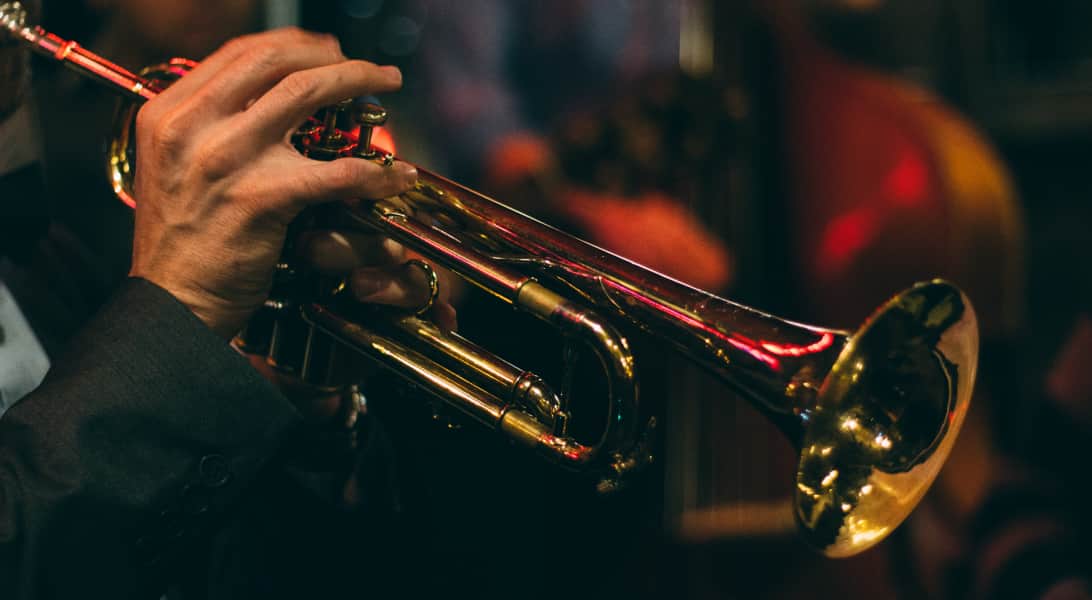 Onyx Brass has dominated the international brass chamber music world since 1993. Dubbed the ‘classiest brass ensemble in Britain’ by BBC Music Magazine, it has performed all over Europe and the USA as well as BBC Radio.

Onyx Brass, a quintet "dominating international brass chamber music since 1993", were guests at Skipton Music's February concert. Their eclectic choice of music from over four centuries brought something quite different - and welcome warmth - to a bitterly cold night.

Confessing themselves "shameless plunderers" of music convertible to brass quintet, they played their attractive arrangement of Holborne's 16th century Renaissance Dance Suite. Following Timothy Jackson's Fantasia on a theme of Thomas Tallis, they fascinatingly juxtaposed their trombonist's arrangement of Bach's C major Fugue (BWV 846) with Shostakovich's inspirational take on it – his C major Fugue, Op.87 No.1.

At the Tsar's request, Russian composer Victor Ewald wrote some of the first music specifically for brass ensembles. An accomplished interpretation of his Quintet No.3 suggested that nothing beats the genuine article!

The second half mélange was impressive! Gabrieli's classic Ricercar del duodecimi tuoni. Catalan composer Montsalvatge's Questions and Answers on a Gabrieli Ricercar – quirky tuba and horn tunes on and off stage, a walk-about with farewell hints from the instrumentalists! Two G major fugues - Shostakovich first this time, Bach second, before his 'Nun komm der Heiden Heiland'. Forsaking instruments and relying on vocal cords alone, the quintet rendered Timothy Jackson's 'Anything But...' The virtuoso recital of the word 'Me' and a paean to English tea had to be heard to be believed!

Alan Civil's Dance Suite delightfully ended an entertaining evening, memorable not only for musical expertise, but for helpful introductions and amusing anecdotes!