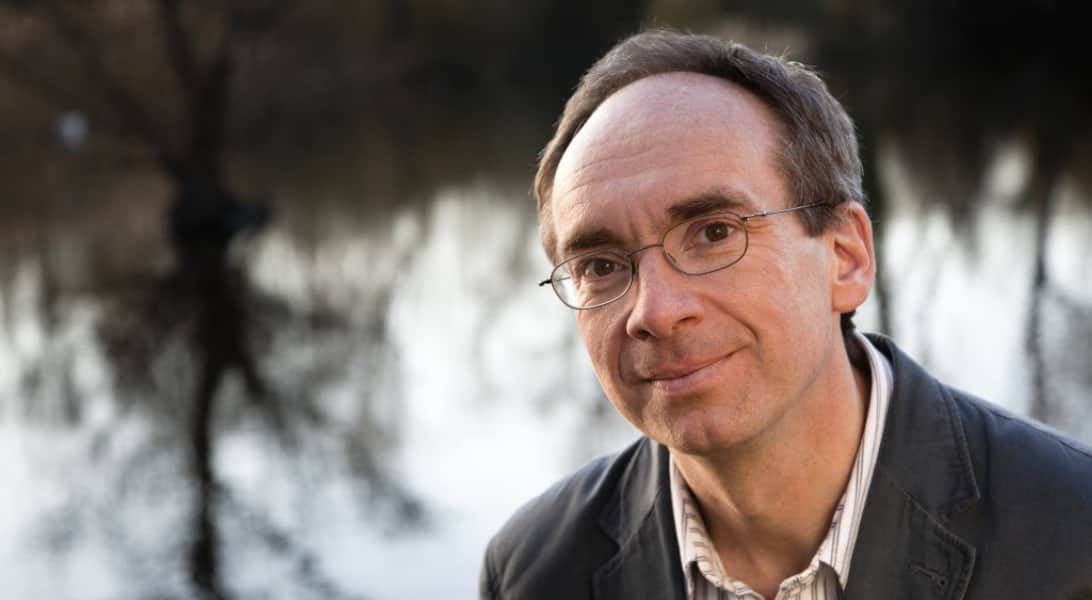 James Gilchrist began his working life as a doctor, turning to a full-time career in music in 1996. His musical interest was fired at a young age, singing as a chorister in the choir of New College, Oxford, and later as a choral scholar in King’s College, Cambridge. His extensive concert repertoire has seen him perform in major concert halls throughout the world with some notable conductors. A prolific and versatile recitalist, James works consistently at the highest level.

Anna Tilbrook has built a considerable reputation as a piano accompanist and has collaborated with many leading singers and instrumentalists.

Gone are the days when a recital singer glued himself into the well of the grand piano wading through a bad translation from the original German to deliver the musical dots with no emotion or drama.

How different this recital was.

James Gilchrist began with a short talk which explained the text and the underlying form of the song cycle. It was a scholarly and elegant introduction.

A lieder recital in a large hall as opposed to the intimacy of a large room would have been unthinkable in Schubert’s day and it was a tribute to the artistes that they projected the intensity of the music so effectively. James Gilchrist sang in German and after his explanatory preamble, he brought Schubert and Muller the poet to life without the need for a clumsy translation.

Mr Gilchrist is a typical English tenor who makes a seamless transition from his lower voice to an upper falsetto register, consequently permitting a variety of timbres which he uses to great lyrical effect. He couples his vocal skills with a restrained acting technique of gesture and facial expression, perfected for the formal passion dictated by the song structure of the era.

I was surprised to see the piano open on full stick. Schubert’s piano was infinitely less powerful than a modern instrument and despite Anna Tilbrook’s sensitive touch there were moments when the spirit of pianistic bravura threatened to swamp and push the tempo of the vocal line.

I sit at the back of the hall. My German is limited to the level of a phrasebook but I heard every word and thanks to James Gilchrist’s scholarship plus the absence of any intrusive noise from the audience I followed this formalised drama without having to resort to a torch to locate the order of the programme.